How to do Swift Dependency Injection with Initializers 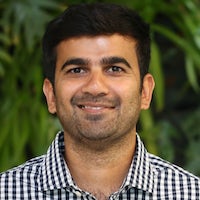 Subscribe to my newsletter and never miss my upcoming articles

Dependency Injection feel like a very complicated topic but in fact it is very simple. We as devs all try to follow design principle like SOLID so that our code is properly structured in a modular way and not a spaghetti code. Dependency injection really help with this. It also helps in mocking/testing our code.

In this blog we will focus on Initializer Based Dependency Injection. Lets take a look at this example

If you look at the example above, FileUploader instance initialization is dependent on file manager and network manager. So this is a very tightly coupled code. We can use initializer based Swift Dependency Injection to make this a little better

So this subtle change makes a huge difference, instead of hardcoding file manager and network manager in the init method of FileUploader we are passing the required/dependency as parameters externally. This is basically what dependency injection is. We will talk about other flavors of dependency injection in coming articles.